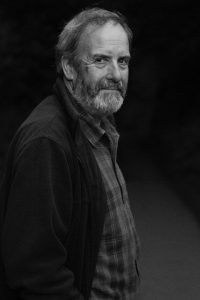 Q: What motivated you to do this project?
A: A number of things came together. I had tried stopmotion many years ago and given up because the technology available to me was simply not up to it. I remember costing out a film using a 16mm Bolex, and it came to a ridiculous sum. So I put it to one side and got on with writing and directing plays and working in television, sculpting and creating special make-up effects. Then in 2012 I directed a play, ‘Diamonds are for Trevor’ which required some Bond-type spoof effects – a car chase, explosions etc. Leon Cauchois was my cameraman for the shoot, and he had just completed a degree course in animation, so suggested we use stopmotion for the effects. Until this time I had not really caught up with the transformation that digital had brought to filmmaking – my head was still in the analogue world of rooms full of monitors and technicians. It was a complete revelation and set my head spinning with the possibility of a complete stopmotion film.

Q: Did you ever doubt your ability to do the film?
A: Of course, every day! But my skillset and background in film and TV fit very neatly with stopmotion.

Q: Why this story?
A: That came about by lucky chance as well! Colin Wilson wrote a folk opera many years ago on this very legend, and he suggested it would be just right for stopmotion. I was looking for the sort of story that would be engaging for all ages, and Tregeagle fitted perfectly. As I researched the story, it became clear that the fantastical elements had been added to a story about real people: Jan Tregeagle actually existed, he was a seventeenth-century magistrate and lawyer known for being very harsh, and he is buried in St Breoch’s churchyard, near Wadebridge. Church records state that his family gave money to restore the church. We also know that Bodmin was the headquarters in Cornwall for the Royalists in the Civil War. Once they were defeated, it is not hard to imagine a vindictive magistrate taking revenge on the impoverished people of the town. The fantastical elements of the story are a great morality tale – the wicked greedy man getting his come-uppance. And this being a Cornish tale, his punishment lasts until Judgment Day!

Q: You have changed the ending, haven’t you?
A: I have added a few elements of my own, while trying to preserve the legend intact. It was very important to me to make the story psychologically credible and to root it in the Cornish landscape and the period. It needs to feel right. For example there were hardly any roads at that time, which is why places like Bodmin were thought of as the wild west. So having Tregeagle carried over the moor in a sedan chair by his long-suffering servants seemed entirely appropriate.

Q: Does the film also have a message for modern audiences?
A: I certainly hope so! A morality story about greed and its consequences is really timeless. What is more difficult to convey to a modern audience is the belief structure of a bygone age. In those days people were absolutely convinced of the existence of the afterlife and of Hell. When Tregeagle suddenly realises that his eternal soul is in jeopardy, it strikes terror into his heart in a way that we find hard to comprehend. So that becomes a visual challenge for the filmmaker, one that I hope we have risen to. With stopmotion we have more scope than what we could achieve with live action.

Q: It all sounds quite scary. Does it also have some comedy?
A: There is no reason why stopmotion should not tackle serious themes. My earliest inspiration was Ray Harryhausen’s Jason and the Argonauts. I recall having nightmares about the scene with the skeleton warriors! But yes, this tale also has comic elements and the characters are sculpted as caricatures. Most of all, the arrogant and scary Jan Tregeagle is gradually reduced to a figure of pity – and then his nose drops off!

Q: You will have lived with this story for several years in making the film. Has your interest in it declined over that time?
A: Not at all, almost the opposite. I think a really good tale – and old legends are good just by virtue of their longevity – keeps throwing up new angles and ideas. It has been such a fascinating project that I would certainly contemplate doing another.