The legends of Cornwall are famous throughout the world, and one of the greatest is that of Jan Tregeagle. This will be the first in a series of stop-motion films which tell these much-loved Cornish tales in a fresh and engaging way.

Odd Planet Studios are very excited to be supported on this project by Cornwall Heritage Trust.

Jan Tregeagle was a wicked and greedy magistrate who terrorised the folk of 17th-century Bodmin, and thought he could redeem his sins by paying the clergy to keep him out of Hell. But when he is summoned from his grave to settle a legal dispute, the court faces a dilemma: unable to send him back to his grave, how can they deal with Tregeagle? Their conclusion: set him to tasks that will last until Judgment Day.

This powerful legend is a morality tale about the consequences of our actions, told with beautifully sculpted, handcrafted puppets, and set against a backdrop of recognisable Cornish landmarks.

The film features several main characters and many more as minor figures and the townsfolk of Bodmin.

Jan Tregeagle is the main protagonist, consumed by greed, happy with the bribery and corruption that are his trademark as a judge. He lives in luxury while everyone else exists in squalor and poverty. When he has a dream of being dragged down to Hell, he realises that either in this life or the next he will face his comeuppance. As he carries out the tasks set for him, he descends into a pitiful figure, full of remorse for his sins.

The Clergymen, the vicar and churchwarden, gleefully accept Tregeagle's payment to keep him out of Hell, and set him to task after his return from the grave.

The Orphan Girl falls victim to Tregeagle when he steals her inheritance - the only thing that will keep her alive. She returns as a ghost to haunt him and, ultimately, as the catalyst for his redemption .

The Hounds of Hell are sent to claim Tregeagle's soul if he falters in his tasks. They keep watch over his every move, and are not happy to be outsmarted. They are accompanied by the Puppy of Hell...!

St Petroc, our superhero, is summoned to sort out the mess. He sets Tregeagle his final impossible task, and keeps the Hounds at bay while Tregeagle does his penance. St Petroc actually founded a monastery and church in Bodmin, and is one of the patron saints of Cornwall! 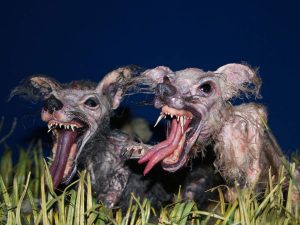 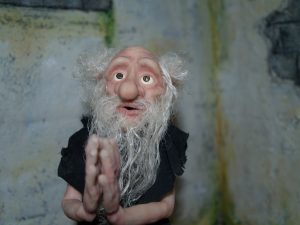 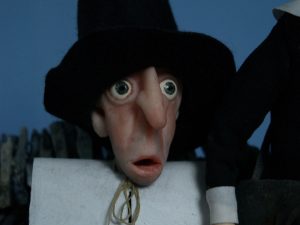 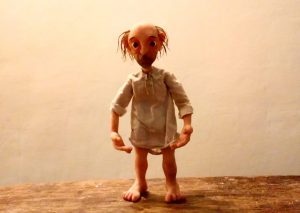 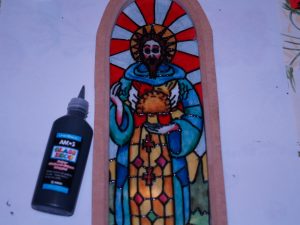 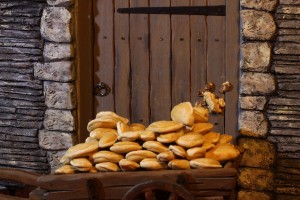